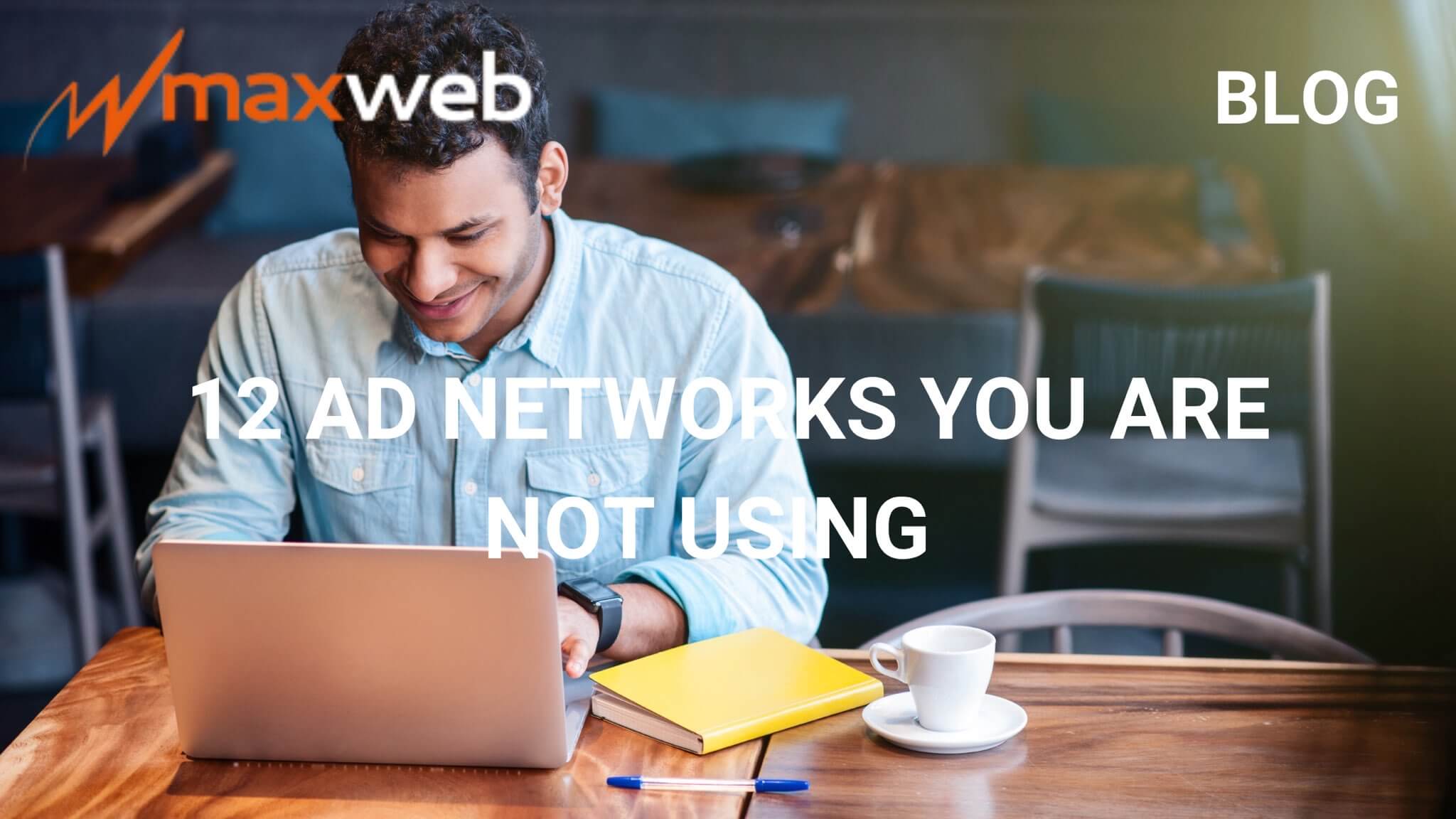 Every affiliate offer needs traffic, but it’s not always easy to generate new traffic when you’re a brand-new affiliate.

Many affiliates build long-term followings with active blogs. If you don’t have a blog, you probably thought about generating traffic through Facebook, whether through organic activity or paid ads. Both approaches, however, are time-consuming, and relying on Facebook for traffic can be risky when its ad policies seem to shift every month.

What’s an affiliate to do when they need traffic fast?

Facebook and Google are the big players in online paid ads, but they’re far from your only options. There are dozens of paid traffic networks to run your ads on, and we previously covered a few of them in our post about 15 overlooked sources of traffic earlier this year.

In this article, we’ll examine 12 paid ad networks you can use to drive new traffic to your offers. Your peers and competitors in affiliate marketing are already using many of these networks — if you’re not thinking about using any of them in your promotional plans, you could be missing out on serious traffic and revenue.

An eagle-eyed reader highlighted RevContent’s absence in our last paid traffic network roundup. It’s worth investigating if you need another way onto peoples’ screens. RevContent serves up over 250 billion content recommendations every month, and it can secure your placement on some highly-trafficked sites, like Forbes or Newsweek.

RevenueHits serves up over 2 billion daily ad impressions on over 20,000 publishers’ sites. The network touts its ability to monetize around ad-blockers, which is a valuable selling point when most browsers will block pop-ups and other intrusive ads by default.

This network also boasts 2 billion daily ad impressions, and its wide range of ad types, and placement opportunities make it a worthwhile option for many growing affiliate marketers.

If you’re particularly ambitious and have the resources to build your own tools, SmartyAds offers software development kits (SDKs) for its iOS and Android services. The SDKs allow you to connect more directly with the apps, sites, and publishers most likely to drive sales for your affiliate offers on mobile devices.

If you’d rather focus on high-quality engaged traffic, AdBlade might be the paid ad network for you. The service works with over 1,000 top publishers and offers a proprietary ad format that supposedly performs three times as well as standard ad types. Publishers need to have at least 500,000 monthly impressions to serve up AdBlade ads, so you won’t wind up throwing your ad budget into any low-traffic holes.

Undertone is another network for high-traffic publishers that focuses on partner quality over quantity. Like AdBlade, Undertone also requires 500,000 monthly impressions from its publishers. The network’s unique selling proposition is its wide range of proprietary ad formats and a unique way of serving up this wide variety of ad types that minimizes cannibalization and improves conversion rates.

Want to promote your affiliate offers with mobile-native video ads? Try AdColony. This network reaches over 1.4 billion mobile users, and it’s set up to give anyone the tools and expertise they need to run video ads. AdColony has a large team of designers and developers to help advertisers create great video ads that work for the publishers in their network.

This is another mobile-focused ad network. Unlike AdColony, however, Taptica is built around promoting apps and the actions inside them — it claims over 50 million ad installs to date for over 600 partners, resulting in a network in which over 22 billion in-app “decisions” are made every day.

Most ad networks have rather tight control over the types of offers you can promote. Clickadu doesn’t. You can run traffic to a wide range of typically restricted affiliate niches, including adult games or webcam shows, cryptocurrencies, online gambling, and weight-loss products.

Clickadu boasts over 2 billion impressions and 3.3 million conversions a day across over 8,000 active ad campaigns. Not only does it support restricted niches, but it also offers a wide range of ad types, including pre-roll videos, text popups, push notifications, and pop-under ads. Its network is global, with a great deal of traffic coming from India — 48% of Clickadu’s impressions come from Asian nations. North America accounts for 15% of Clickadu’s impressions, and Europe contributes 11%. If you know you’ve got an appealing offer for Indian users, Clickadu might be your ad network.

Its domain-based advertising is a unique feature we haven’t seen before, and it offers a compelling value proposition for affiliates who want to get some easy revenue from people who can’t remember how to spell your offer owner’s domain name. Want to pick up some affiliate revenue from Clickfunnels? Zeropark can help you advertise to people who type in “clikfunnels” or “clickfunels,” or any other similar domain that Clickfunnels hasn’t already bought for itself.

This ad network touts its ease of use for affiliates as well as its reach. Its pop-under network is the largest of its four main ad types, providing you the potential to reach 1 billion users. Throughout its site, Propeller Ads promotes itself to affiliate marketers, from its header text to its final CTA, which asks if you’re “ready to make your affiliate marketing profitable.” Many ad networks frown on affiliate marketing, but Propeller Ads embraces the practice. Even if it had no other unique selling points Propeller’s affiliate friendliness will make your on-ramp a paid ad campaign much smoother.

Gamers are among the most engaged prospects online, but few ad networks provide a way for affiliates to make direct contact with them in their favorite games.

Chartboost promotes itself as an in-app ad network with over 200 billion monthly impressions, but most of its top developers are game publishers, like Zynga, Playrix, Scientific Games, Halfbrick, and Fingersoft. You can also reach users on shopping apps like Wish, which might be fun if you’re promoting really weird stuff. Seriously, when was the last time you saw Wish advertising something you wanted, instead of a Borat swimsuit or some kind of bizarre finger exercise gizmo?

There are hundreds of ad networks, but it’s best to focus your energy and expenditures on one or several that best fit your campaign needs. This list has great all-around networks to help you reach wide audiences and several great specialized ad networks that can help you reach specific audiences in specific places online. You can also find 15 other potential sources of paid traffic in our earlier blog post.

Did we miss your favorite ad network? Should we add any more information on any of these networks? Chime in with your thoughts in the comments below!

Want to work with an affiliate network that helps you make more predictable revenue through more diverse channels (such as paid ads)?
Join MaxWeb! We’re the world’s fastest-growing affiliate network because we focus on maximizing results for affiliates and advertisers. Our offers are thoroughly vetted and provide maximum commissions — you’ll get payouts up to 3 times a week. Click here to see if MaxWeb might be a good fit for you.