Affiliate Marketing Made Simple: How to Scale Facebook Ads Using These 5 Underrated Strategies 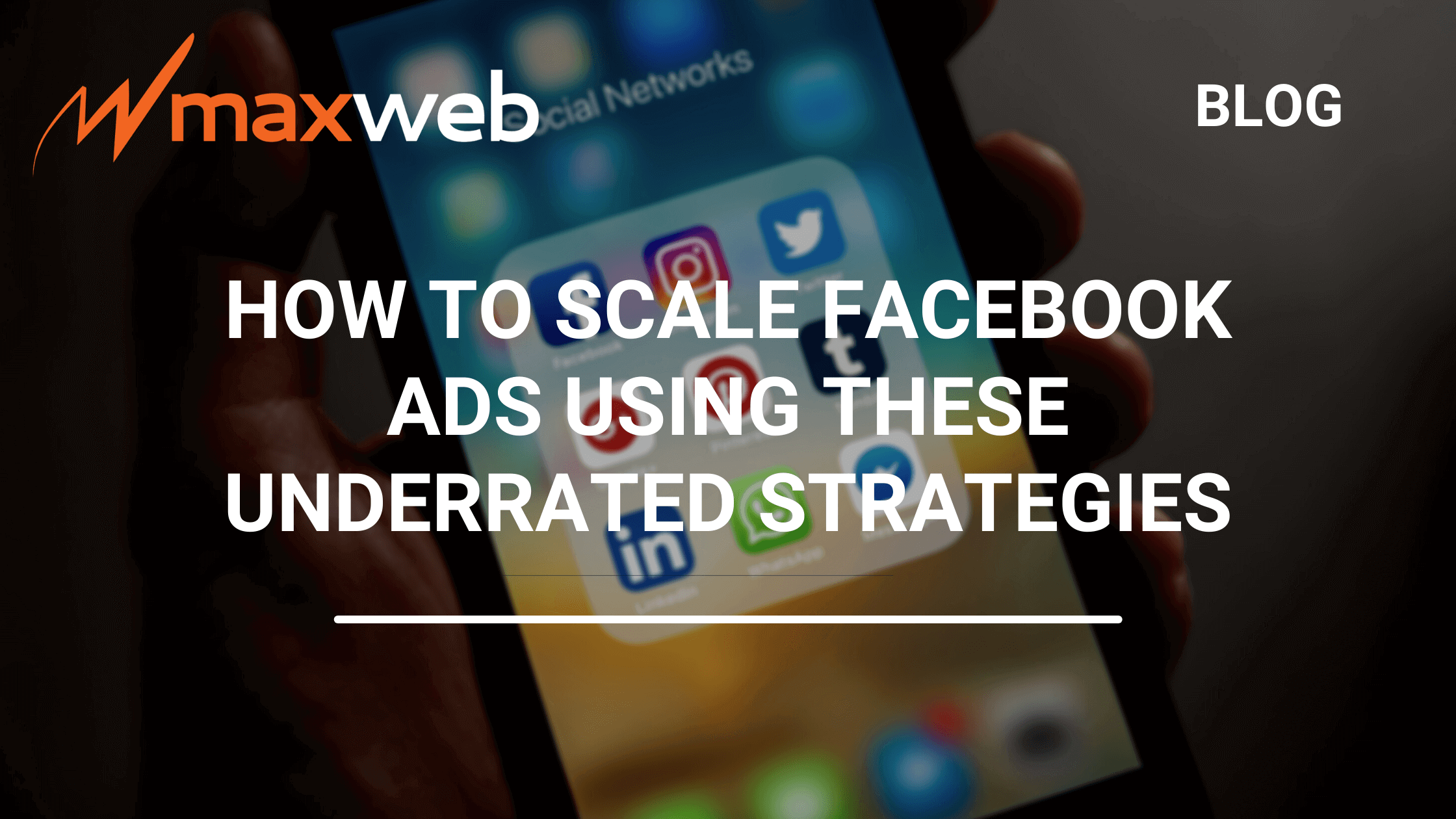 Facebook is an advertising company with a social network built into it. Two of Facebook’s biggest selling points to advertisers are its massive scale and extremely granular targeting capabilities.

Most of these users spend substantial time on Facebook’s platform, generating enormous amounts of data for targeting purposes. No other ad platform (with the possible exception of Google) offers affiliate marketers so many opportunities to drive new sales and conversions... if they know how to use it.

But success is about more than just avoiding costly screw-ups. To build your affiliate income through Facebook (or any other) ads, you’ve got to be willing to take some risks and spend some money. There are ways to scale smarter. In this article, we’ll cover 5 proven approaches to scaling up your Facebook ad campaigns.

Did you know you could look up every ad being run by every advertiser on Facebook? Facebook makes every page’s ads available for public review through the Facebook Ad Library portal.

You can search by the advertiser name or by keyword, and every advertiser you find will display a complete list of its active ads, so you’ll be able to see what they’re running, how long they’ve been running various ads, and whether or not they’ve created multiple variations for those ads. For example, Amazon has at least 960 active ads on Facebook right now just for U.S. consumers. Most of these ads promote specific holiday deals on products.

Smaller companies with more limited ad budgets should have a smaller roster of active ads, and you can search by keyword as well as by advertiser name, to see what multiple competitors are trying at the same time. If a major competitor is running a similar campaign to yours, it’s probably a good sign. If everything on their Ad Library results is totally different from your ideas, you might want to consider why — large advertisers will constantly test different ad ideas until they find some that convert consistently well.

And speaking of testing...

There are several ways to approach A/B testing. One, which works better for eCommerce advertisers with many products, is to emulate Amazon and run numerous images with similar or identical copy, targeting different product pages. Another approach involves more distinct ad variations, with unique text and images directing viewers to the same page, or to a small group of pages.

When you’re starting out, A/B testing can be a way to assess what Facebook will allow, as well as to test what will convert. As you gain knowledge and data from your tests, you’ll be able to improve your conversions by discarding poor-performing ads and tweaking your top performers to squeeze more sales out of the same reach. Whatever approach you take to A/B testing, it’s important to keep testing. There’s no such thing as the perfect ad, only ads that perform more perfectly than earlier efforts.

However, you don’t want to test too many variables at the same time...

3. A/B test one element of your ads at a time

In our Amazon example, there was only one variable being tested in most ads: the image, which connects each variant to a different product. Each ad targets the same audience variables and uses the same simple copy. This allows Amazon to see which products are worth their ad spending, and which should be dropped from the ad rotation.

If you want to test different target audiences simultaneously, start with the same ad creative (copy and imagery). If you want to test different sets of copy, create variations on one ad with identical imagery and targeting. Once your variations have run with a reasonable budget for a few days, you should be able to see what’s working and what isn’t.

Changing only one element changing between your ad variants makes it easier to figure out why certain things are working. If one image performs better than another with identical copy, you can drop the weaker image and start A/B testing your “winning” image with different copy variants targeted to the same audience However, if you’ve set up ad variants with completely distinct copy, imagery, and audience targeting, it’ll be much harder to figure out why one variant might outperform another.

Fewer variables will make for easier experimentation and more informed adjustments. Take it one change at a time and you should improve faster.

A good ad is one that generates more income than you’ve spent on the campaign. This is an easy calculation for most affiliates. Track how much affiliate revenue your campaign produced over a short time frame (one week is generally a good window of analysis), and divide that amount by your ad spending. The result is called Return on Ad Spend, or ROAS — though it’s sometimes called Return on Investment or ROI as well.

A minimum viable ROAS number must be above 1. Anything less than 1 means you’re losing money on your ad campaign. Higher ROAS or ROI metrics equate to more effective campaigns. Most businesses need a ROAS multiple of 3 or higher to justify their spending, due to all the other costs they incur to deliver products or services to their market. Your true “breakeven” ROAS may be lower, but you may want to consider any other costs — such as web development, graphic design, copywriting, and web hosting — as part of your expenses. This can help you avoid aiming too low with your affiliate income targets to justify the true scope of your efforts.

You can start running ads on Facebook for as little as $5 a day, which works out to roughly $152 per month. This minimum daily spend applies per campaign, which means you’ll need to spend at least $10 a day to A/B test two different targeting options or unique campaign creatives at the same time.

However, it’s important to spend enough to reach a viable audience. Facebook ad costs are calculated based on the number of impressions or conversions they generate. Spending only $5 a day might restrict your audience or reach too much — one general guideline is to aim for $10 in spending for every 20,000 people in your audience.

Once you’ve tested ads that can produce viable ROAS, you can start increasing your daily spend on those ads, while using any “excess” profit to run additional campaign tests.

Don’t hesitate to cut underperforming variants after a few days, but don’t 10X your daily spend overnight just because you’ve booked a few affiliate sales. Aim to gradually increase your budget by $10 to $25 per day once you’ve established one or more successful campaigns. Gradual scaling of your ad spending not only helps you avoid unexpected unprofitability, but it can also serve as an A/B test in its own right. If a successful ad with a $10 daily budget falls flat with a $25 budget, the issue may lie in your targeting variables. You can always duplicate a campaign, adjust its targeting, and try again.

Got any additional Facebook ad tips for our readers? Any corrections or additions to note? Please share them in the comments below!

Want to work with an affiliate network that helps you make more predictable revenue through more diverse channels (such as Facebook)?
Join MaxWeb! We’re the world’s fastest-growing affiliate network because we focus on maximizing results for affiliates and advertisers. Our offers are thoroughly vetted and provide maximum commissions — you’ll get payouts up to 3 times a week. Click here to see if MaxWeb might be a good fit for you.