For months digital marketers all over the web have been in panic mode due to the newest iOS update from Apple. Most were scared that they would lose business, profits, and eventually, go under. But now that the update is here and the dust has settled a bit, it’s time to ask. Is it that bad? And is there anything you can do to circumvent it?

What Changes Did the iOS 14.5 Update Bring?

First of all, it is important to note how important iOS is in today’s market. Apple’s iPhones are a huge part of the global smartphone business. They make up around 20% of the global devices. In key marketing markets, like the US, they make up over 60% of the devices. This staggering number is important. Most profits from marketing campaigns come from these countries. Other than that, iOS users are known to spend more on average than users of other platforms. So it’s safe to say that Apple’s customers are one of the most desired audiences online.Now imagine that you can’t track users on that platform anymore. This is exactly what the new iOS update brings to the table. With 14.5, users will be presented with a dialogue box upon opening apps. This notification will ask them a simple question. “Allow this app to track your activity across other companies’ apps and websites?”. If you are at all familiar with internet marketing, you should know that this is a big deal.Most Marketers rely on tracking users throughout apps and websites. They create detailed audience models of those users. With these models, it becomes much easier to select which users to target. This will make advertising a lot more difficult if the users don’t accept the tracking. Which they so far don’t.

Why Did Apple Do This?

In recent years Apple focused on improving its privacy policies. They want their users to feel like their privacy is safe within the Apple ecosystem. This also coincides with the peak of an industry-wide data privacy push. Users have realized that throughout the years, their data has been exploited. Some feel like it’s their right to not share their data with third-party apps. That is fully understandable. Apple is far from the only company to do this, they are the biggest one to implement this feature. It is rumored that Google will mandate something similar. This will likely affect future Android versions.Apple and its users tout this as an incredible victory for consumers all around. This sentiment is not shared with online marketers. Their inability to target audiences and measure the impact of their campaigns is already a problem. The biggest proponent of this is Facebook. Facebook has the most to lose with this update. The company is known for following its users across the internet in shady ways. Some leaks suggest that Zuckerberg was furious after finding out what Apple is doing. And some rumors even go as far as saying that he promised to “make them bleed”.

Most users are satisfied with the changes. With one click they can choose if they want to allow being tracked or not. This is not a choice users had in the past, and it was always a sore point in digital marketing. This change is popular and it brought Apple new, privacy concerned users across the globe. So far around 96% of US, and 88% of global users have opted out of tracking. This means that every iPhone or iPad user is much more difficult or even impossible to track across the web. This in turn rallied users against this kind of tracking. There are rumors that other companies will follow suit. With the same rules about user tracking. But that has yet to be announced or seen.

What Effects Does iOS 14.5 Have on the Industry?

The effect of this change has been drastic so far. So far platforms like Facebook track their users across websites and apps. Facebook does it through the Facebook pixel. Pixels are pieces of code that are installed on websites or apps. They can be “triggered” if a user takes a specific predefined action. These actions can be: add to cart, purchasing something, visiting a page, or clicking a link. Those pixels then inform the pixel owner (Facebook in this case) of the users’ actions. Facebook then stores user actions and makes a model for each user. This model has a lot of personal information about you. Through a lot of training and updating of these models, Facebook can have some very detailed information about you.A famous case of this was the recent advertisements from the Signal app. Signal is a messaging app that focuses on security and privacy. They decided to show how much data Facebook has about users. They created an ad campaign that targeted very specific people. Signal showed them what exactly they targeted in these ads.One of the ads looked like this.“You got this ad because you’re a newlyweds pilates instructor and you’re cartoon crazy. This ad used your location to see you’re in La Jolla. You’re into parenting blogs and think about LGBTQ adoption.“And here are some of the other ads

As you might see, that is an uneasy amount of very specific information that Facebook has on people. As expected, Facebook didn’t find this funny at all and they banned Signal from creating ads on the platform. Users were of course outraged because of this. This only helped Apple make their data protection update a great PR stunt.iOS 14 now allows putting only eight pixel objectives on a single domain. This number was unlimited before. So this in itself will lower the dataset that companies can create. And those 8 pixels can only track users who opted into getting tracked. So in reality, pixels are getting more useless by the day.Things like reporting are also affected by this change. Ad platforms are struggling to create detailed reports. Their data points are disappearing and they don't have a substitute. This in turn has the result of increased spendings and far less efficiency of ad campaigns. Every ad platform is affected by these changes. Most of them have varying approaches to how to combat this.

Is There Anything You Can Do About iOS 14?

In short, not much. Depending on what ad platform you use, these changes will affect you in different ways. If your audience is mostly iOS-based, you are out of luck. Those marketers who can target Android and PC should switch to these platforms. This switch helps you not lose as much of your money until solutions and workarounds are ready for iOS.The biggest ad companies are developing and releasing new methods of advertising. They are trying to emulate the features without this kind of tracking. Let’s take a few examples of what some companies decided to do.

Instead of trying to bypass the rules that Apple wants you to adhere to, Google decided to comply. They plan on not using tracking in the classic way, even for users that opt into it. Instead, they are developing their solution to this called FLoC. FLoC or Federated Learning of Cohorts is a new system. It groups people based on their interests. With some further testing and improvement, Google says that it can be up to 95% effective as previous tracking methods.Google recommends that marketers use their Tag Manager. Proper implementation and sitewide tagging is recommended. With them, Google can track some of the things that pixels did before.

Facebook is by far the most affected platform. Some Facebook promotional material even claimed that the platform won’t stay free if users don’t opt-in into tracking. The platform has made some changes to fit into the new regulation. They are trying to pivot their processing services from pixels to aggregated event measurements. Inside of the ad platform, advertisers have to do a lot of adjusting for their ads to run on iOS devices.Currently, most advertisers are seeing an impact on their bottom line. But Facebook hopes that they can pressure users to accept tracking. They are also fighting with Apple for them to ease off their measures.

Snapchat When you think about advertising, Snapchat is not the first company that comes to mind. But the social network has a big advertising network that is used for their platform. Snapchat prepared for this years ago. They embraced privacy and adjusted their platform so that it complies with privacy policy changes. Currently, the platform already supports Apple’s SKAdNetork measurements. Advertisers can continue to use the platform as they did before iOS 14.

To conclude the iOS updates…

Apple decided to help users regain their privacy. They did this by limiting how much advertisers can follow them through the web. This in turn made most advertising platforms lose a lot of their tracking capabilities for iOS devices. This is particularly bad since around half of the US market consists of these devices. This change is lowering the effectiveness of advertising campaigns and increasing their costs.Some workarounds are being developed at the time. They are still far off from being mainstream solutions to the problem. Most likely, the problem will only get bigger. More phone and OS manufacturers are starting to implement these privacy features.While marketing as a whole isn’t ruined, it is bound to get more expensive and less impactful for a certain time. Advertisers can hope to regain their previous marketing abilities within a few months. This will be possible only through changes in the way the whole system works. 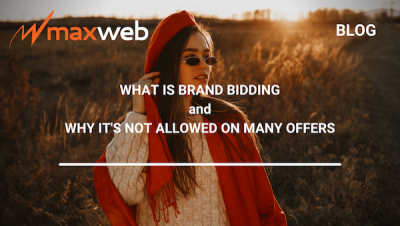 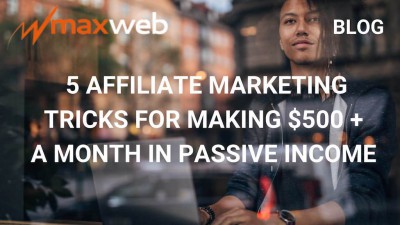 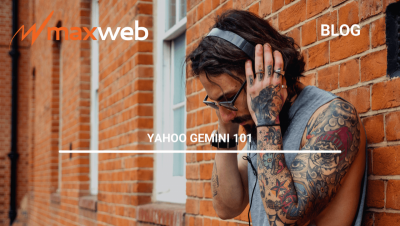