The headline is often the most important line in any piece of copy or content. This is true for emails, blog posts, social media shares, landing pages, and even book titles.Right now, many more people are sharing this article on social media than will ever actually read it. By the time you get to the end of this paragraph, about 40% of all people who did open this post (probably because of the headline) will be gone.Thanks for sticking around! Now for the not-so-fun part. You’re going to have to accept the fact that most people who see your headline will never read your content, no matter how eye-catching and unforgettable it might be — but a great headline can attract a much larger audience in the first place, giving you more opportunities to close new affiliate sales.Want to get a bigger audience?Use attention-grabbing headlines based on proven formulas.Here are seven well-known effective headline formulas you can use to drive more traffic to your offers, no matter where you’re promoting them online...

There’s a reason most of our articles use numbers and are list-based.Headlines with numbers have dominated reader preferences for years, and data consistently supports this claim. In 2013, Moz found number-focused headlines were 15% more effective than any other type of headline. Women show an even stronger preference for number-based headlines than men.Odd numbers seem to be about 20% more effective than even numbers, too. Even numbers can seem somewhat artificial, but when you get oddly specific, your claims might become more believable, and therefore more clickable.Few headlines use triple-digit numbers, but if you’re providing over 100 meaningful pieces of information in your content, you might be able to get away with it (and score some SEO points for detail, too).

2. Nail the 6 most important words

Many more people read your headlines than will ever read your content. Most of them won’t even read the entire headline, either. Studies have shown that readers focus on the first and last three words of any headline you write. So for this article, most people will see “7 Powerful Headline” and “Traffic Into Sales.” You probably decided to open up this article and keep reading because of those six words, too.Most headlines aren’t just six words long, but nothing else really matters if people lose interest after skimming those six words. Hook readers with the first and last words of your headline, and use the rest of it to further justify their interest.

3. Your medium matters with word and character counts

Just because your readers zoom in on the first three and last three words of your headline doesn’t mean you need to aim for six words every time. However, the length of your headline does matter in terms of where you expect readers to encounter your headline.For example, Google searches will display between 50 and 60 characters of each result’s title. This article’s headline will look like “7 Powerful Headline Formulas to Convert More Affiliate...” on desktop searches. Surprisingly, Google often seems to display more characters on mobile search results, but you should still aim to be as accessible as possible.The characters shown on email subject lines can vary much more. That variance depends on which email client readers use, the device they’re checking their email on, and even the orientation of their devices (landscape mode shows more, but most people check email in portrait mode). Email subject lines between 40 and 60 characters will show on almost every screen, so focus on optimizing those first few words!

We promised you seven headline formulas, and that’s what you’re gonna get. Promising specific outcomes, whether it’s a list of useful tips or an interesting story, is a great way to build trust with your readers and convince them to take further action.But you have to deliver on your promises! Misleading your readers will damage your brand and offer with anyone who sticks around to the end. It won’t matter if a million people click on a headline promising “one weird trick to make a million dollars in affiliate marketing” if you don’t provide actionable guidance to making a million dollars in affiliate marketing.

5. Use superlatives (particularly negative ones)

Don’t write dry headlines! But also, don’t focus too much on strongly positive superlative words, like “always,” “best,” “amazing,” “awesome,” and so on.In fact, go ahead and go for the jugular. Tell your readers to “never” do this, or that something is the “worst,” “devastating,” or might even “destroy” something they care deeply about. A negative headline outperforms neutral headlines by about 30% — and positive headlines underperform neutral headlines by 29%, which means a positive headline might put off over half of your prospective audience!Positive results are enticing, but humans are more strongly wired to avoid negative outcomes. Gushing about how great something is can make people skeptical of your motives, but warning them about a looming danger makes you seem less biased (even if you totally are trying to sell something).

6. Ask questions (or get the reader to ask their own)

People don’t like unanswered questions. You can be specific while still holding something back. For example, “What’s the Secret to Writing the Perfect Headline?” promises something specific — a secret to writing the perfect headline — without giving anything away. To answer this question, they’ll have to click your headline and read your content.You don’t have to ask a question in your headline to spark your readers’ curiosity. A list-based headline (like the one we used for this article) can get them to ask, “what are these 7 headline formulas?” Using a firmly negative headline like “This Mistake Will DESTROY Your Affiliate Conversions” can trigger a reader’s fear. They might think to themselves, “am I making this mistake and destroying my conversions?” Then they’ll click the headline to find out how to avoid conversion-destroying mistakes.People are innately curious. Spark their curiosity and they’ll be more likely to click your headlines and read your content.

Many affiliate marketers depend on attracting interest in certain products or services. Most people will research their options before making a purchase decision, and in virtually every instance, they’ll wind up comparing two or more similarly-positioned offers.Product review sites depend on this formula to drive organic traffic. If you’re looking for the best blender for smoothies, you might see a headline like “Ninja vs. Vitamix: Which Blends Better Smoothies?” This formula incorporates several other tips from our list, including specificity, superlatives, and question-based curiosity triggers. A headline such as “We Tested the 5 Most Popular Blenders: Which Makes the Best Smoothies?” offers a different angle by replacing head-to-head comparisons with a more list-based format.You can compare any similarly-positioned pair or group of things in your headline, whether it’s a physical product, service providers, or even less tangible things, like varying investment opportunities. As long as your content fulfills the promise of your headline’s comparison, you should be able to drive affiliate sales to any (or all) the offerings you’ve compared.Still with us? Congratulations, you made it! Only 2 in 10 people who opened this article probably read all the way to the end. You just learned more than at least 80% of your potential competitors. Now let’s get out there and make some affiliate sales!Want to work with an affiliate network that helps you make more predictable revenue through more diverse channels (such as paid ads))?
Join MaxWeb! We’re the world’s fastest-growing affiliate network because we focus on maximizing results for affiliates and advertisers. Our offers are thoroughly vetted and provide maximum commissions — you’ll get payouts up to 3 times a week. Click here to see if MaxWeb might be a good fit for you. 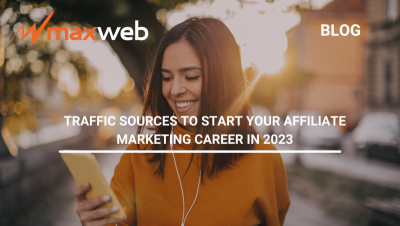 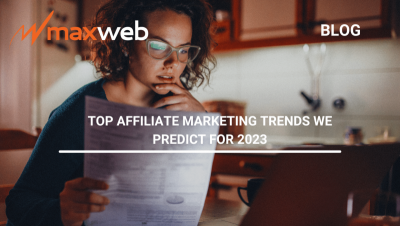 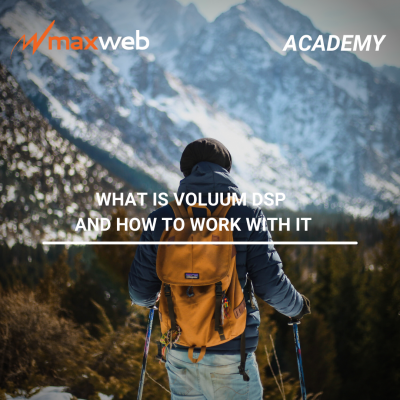