Why You Shouldn’t Ignore TikTok 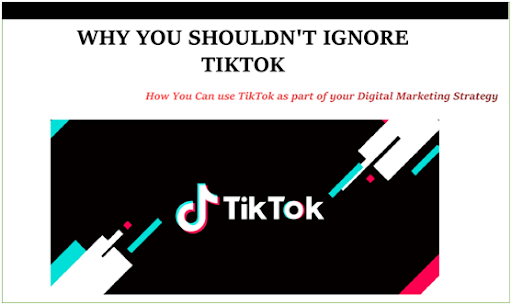 And when one thought one has seen it all as far as social media outlets - TikTok became mainstream with over 1.5 billion downloads across the App Store and Google Play.

According to Business Insider, TikTok has become a growing threat to Facebook and it has been in close competition with Instagram. It has one billion users of which 500 million are active worldwide and it stays ahead of social network sites such as Twitter, Pinterest, LinkedIn, and Pinterest.

Perhaps the most intriguing feature that TikTok has is its popular acceptance and usage by the Gen Z and Millennials. It is the hottest social media platform if your target audience is young people. According to Mediakix, about 60% of the platform’s monthly active users in the United States are 16 - 24 year olds.

TikTok officially launched in 2016 after it merged with Musical.ly. It has its Chinese variant which is known as Douyin.

Due to its wide reach, the NFL, in September 2019, signed a multi-year partnership to share game highlights and behind-the-scenes material with TikTok users.

Read on to discover why and how you should make TikTok part of your digital marketing strategy.

What’s Up with TikTok? 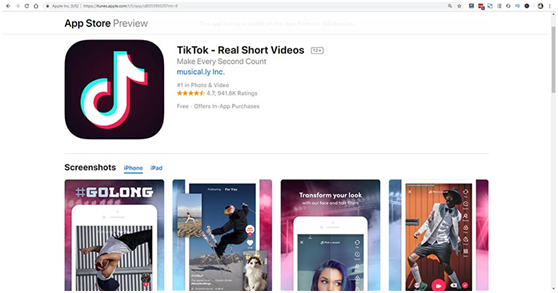 TikTok is a social media platform that allows users to create 15-second videos that are set to music or custom-made soundtracks. Users can view these videos and react with other videos or hearts.

The app has made it easy for users to create short videos. Users can choose the background music from a wide variety of music genres, edit with a filter, and record a 15-second video with speed adjustments before uploading it to be shared with others on TikTok or other social media platforms. Stickers can also be added to the videos. Fun!

Users can add descriptions and hashtags which help showcase the video to a wider audience, especially if the video is regarding a trending issue. If public videos seem too invasive to users, profiles can be switched to private.

The types of videos on TikTok are mainly comical and goofy. A lot of them feature lip-synching to popular songs, music, and sound bites. Some features depict the user’s creativity and athletic skills.

When the action cannot be completely captured in 15 seconds, the app allows users to string 15-second video segments together to make a 60-second video.

According to Influencer Marketing Hub, more than one million videos are viewed every day on the platform.

The advantage that TikTok has over Snapchat is that videos don’t disappear. They stay on the creator’s profile until they are deleted. Users can always watch these videos over and over because they are short and don’t disappear.

The Opportunity for Brands 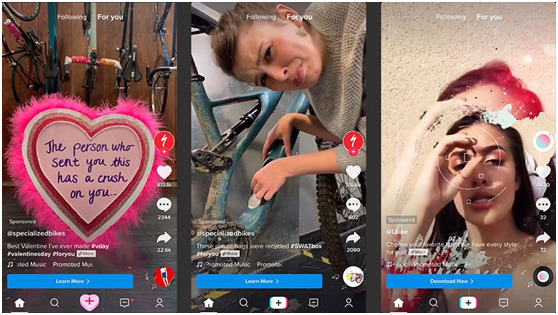 Global Web Index revealed in 2019 that 41% of TikTok users are aged between 16 and 24. According to Morgan Stanley, the spending trend and consumption rate of this group is on the increase and it is fueled by higher wages and a high variety of interests. This makes the group a profitable market.

To access the market on TikTok, you want to be creative. You can create stories on your profile and string them in succession without having to worry about them disappearing.

You can take a cue from The Tonight Show Starring Jimmy Fallon which uses the platform to jump in on hashtag trends, create trends, and upload segments from the show. They ensure the video is light and funny and this projects the brand as many users upload a lot of their contents.

Even though TikTok has not streamlined its advertising system, there are ways brands have been reaching their target audience on the platform. These methods have proven to be very effective because they resonate with the kind of content the users are interested in.

Below are ways you can use TikTok for marketing.

With about 4% of American brands on TikTok, this presents an opportunity for you. Your competition is lower when compared to other social media platforms. Facebook and Instagram are home to 89% and 65% respectively of social media marketers in the United States.

You can get a lot done on this platform if you make use of influencers. TikTok influencers have a massive following. MediaKix revealed that the top 50 creators have more followers than the populations of Mexico, Canada, the U.k., Australia, and the United States.

TikTok gives users an online presence that would make a lot of celebrities jealous. A report revealed that several Indian users have more followers than celebrities.

TikTok has been pointed out to be addictive with an average time of 52 minutes spent daily by users. This is very good for brands that hope to increase their reach.

Guess, a fashion brand, partnered directly with TikTok on its #InMyDenim campaign. This campaign went viral as the hashtag received more than 38 million views. The challenge which encouraged users to post videos of them wearing their favorite denim garment was done in partnership with TikTok influential content creators such as @ourfire (5.3 million followers) and @madison_willow (983,000 followers).

The use of hashtag challenge is also a powerful tool on TikTok. The #RaindropChallenge which features users using filters to appear as though they are stopping a downpour of rain accumulated almost 1 billion views.

The “Sharpie Challenge” started by The Tonight Show Starring Jimmy Fallon also got more than 12 million views. All users had to do was flip a sharpie, grab it while in the midair, uncap it, and immediately draw a mustache above their upper lip. This video was less than 15 seconds but it helped increase the viewership of the show by millions as it attracted a new generation of viewers.

Knowing the type of market that TikTok has, you need to be onboard. Being onboard goes beyond opening an account on the platform, you need interesting content to attract your audience. This is why you need to be creative.

The users of the platform don’t go after ads, they sway towards fun and clever content. You should create content that attracts attention and sends your brand message across to the viewers. You can create a challenge, start a hashtag campaign, or provide hacks. Find something that resonates with your brand and what you are involved in.

The NBA is one brand that has been very creative on TikTok. With about 5.5 million followers, the brand shares relatable contents which is not just stats and games. They make funny clips that have gone viral several times and have drawn more attention to the brand on the platform.

Chipotle is a fast-food chain that has also done well for its brand awareness on the platform. By encouraging several hashtags around food, they have been able to record some very successful hashtag campaigns that have brought more attention and following.

The #GuacDance, which was a dance challenge dedicated to avocado fruit, saw a whopping 250,000+ video submissions.

To have an idea of what you can do - take the time to study the content that sells on the platform. There would be something your brand can hop on.

If you’ve got a sizable budget, this could be an option for you. TikTok ads can be effective but very costly and restrictive.

It is only available in a few countries and it is more popular with big brands such as Universal Pictures, McDonald’s, and Guess. The types of ads include:

Though this is not mainstream yet, it is a feature to look out for. The option of shoppable video is new to TikTok as it is currently being tested by a few TikTok influencers.

These posts would allow users to attach a URL to their TikTok advertising videos so that users could be taken to online stores with one tap.

This feature would see an increase of influencers and digital marketing efforts on the platform, as it is easier to sell directly from a business profile.

However, fun and interesting content is still what attracts the users on this platform. Put a premium on this and it would be easy to draw attention to your brand.

Be in the community. Engage, interact, hit like on videos, show your reactions, and be a part of it all.

TikTok allows you to reach out to emerging consumers and enjoy the camaraderie without having to be a salesperson.

If you can build a relationship with these consumers, you stand a chance of having a market that develops with your brand. They are going to grow older and you are going to get better at satisfying their wants and needs.

Finding a Voice for Your Brand on TikTok

With expensive and restrictive ads, all you are left with is your creativity and engagement. Use these effectively and your brand would be the better for it.

You need to understand the market and think like the users. Be fun and creative. Use hashtags and get influencers onboard. Develop your followership organically with your content.

If you aren’t used to the platform, get someone conversant with it, to help you manage the account.

Think outside the box when creating content and go through a lot of samples to find useful materials for your videos.

Keep experimenting with new ideas and your chances of creating a viral video would be on the increase.